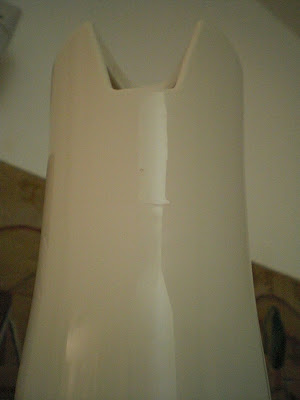 Isn't it lovely? Isn't it statuesque? It's quite majestic, in my humble opinion. Reminiscent of a totem or a monolith, or one of those Easter Island moai statues. 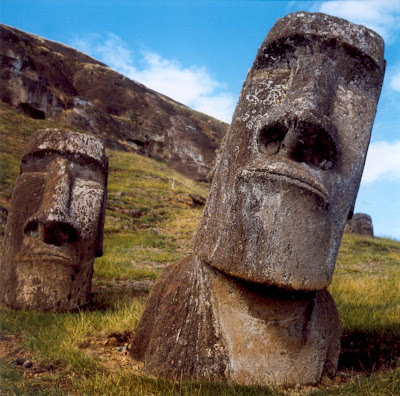 Doesn't it seem to blend right in with its surroundings? If it weren't for that telltale spritz every 7 minutes and that unusually strong odor...you'd never know it was not an objet d'art, but our new Raid Fly and Ant Death Machine. 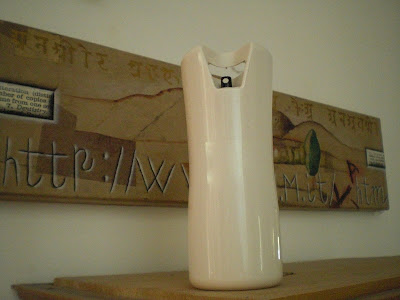 I know that this is really going to cut into my cred as 007 Mamma, but I'm telling you the flies were getting the upper hand on me. It had got to the point where I was spending over half an hour a day swatting at them. There were literally hundreds!

Gabri even got in on the act one day and swatted a few. Unfortunately, he noticed that after he squished them with the swatter...they actually died. Bad news! He was not ready to handle that reality. I suddenly went from Fly Swatting Superstar to Bad Mamma before you could say "fly me!"

We try to be as green as possible in this household. We recycle everything, we have a compost pile and we even have 26 solar panels on our roof. We do our best to save the world in our own little way. Pesticides were not my first choice. However, I have to admit we are all loving our newly reclaimed fly-free home.

The best part is, I don't know how, but the spray doesn't leave little winged corpses lying around. Thank goodness, I don't think I could take another exclamation of, "they are living creatures too, you know!" or another Gabri-orchestrated fly funeral!

Email ThisBlogThis!Share to TwitterShare to FacebookShare to Pinterest
Labels: animals

We used to have a HUGE fly problem when we first moved here, and our next door neighbors were 3 sheep and 3 goats. We pretty soon had to have screen installed on all windows - I'm glad you found an effective solution to the problem!

Interesting, never seen one of those, do let us know if it works successfully! We now have screens on all the windows and doors that needed them so things have improved somewhat here also.

I thought it was a blender at first!

Francesca - 3 sheep and 3 goats? I bet you had flies! We have a rabbit in the house and that may be part of the problem!

LindyLou - it works fantastically! It's just that the house smells like Raid all the time... :-(

What a handy knick-knack! :-) We don't have much of a problem with flies where I'm at on the coast. But occasionaly we make up for that luck by opening the window and being visited by a HUGE monster fly, as we call them. Biggest flies I've EVER seen! I've never actually swatted one because I'm afraid of the mess it would make. Yuck! So I just chase them around until they goes out another window...

Hope you have a fly free rest of the summer! :-)

Um, maybe you could hang some bunches of lavender, if you have any around the house to overpower the smell of Raid!