My son says LOL. He says it like it's a word. A real word. Not a sequence of letters, but a word that sounds like "loll" as in to laze around. But, he means "laugh out loud" from computer lingo. He says it when something is funny. So, sure, even I know what it means, but I had never heard anyone say it . . . out loud, you know? 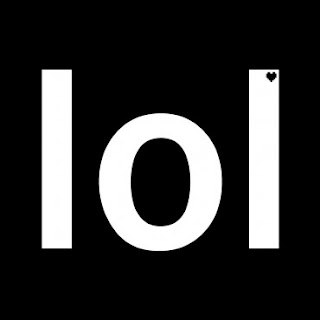 Is this normal?
Do other kids say LOL? New words are being created every day, fair enough. They even have a special name: neologism. You know you're really an old fuddy duddy when the new words start bothering you. Eh?!! What's that you say?! Chimping? Don't monkeys do that?! Lapware? Isn't that a costume for doing that dirty dancing stuff?! 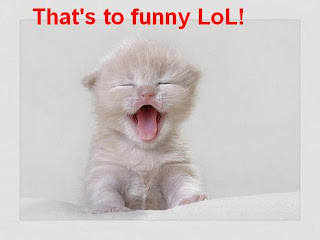 So, my question is this: is he the only one? Or is there a whole tidal wave of LOL happening out there in the real world that I just haven't noticed since I've been tucked away in this lost corner of southern Italy? Instead of actually laughing, do people just state "LOL"? Wikipedia tells me they do:

LOL, ROFL, and other initialisms have crossed from computer-mediated communication to face-to-face communication. David Crystal—likening the introduction of LOL, ROFL, and others into spoken language in magnitude to the revolution of Johannes Gutenberg's invention of movable type in the 15th century—states that this is "a brand new variety of language evolving", invented by young people within five years, that "extend[s] the range of the language, the expressiveness [and] the richness of the language".

The really weird thing is that my son uses this expression in the middle of a conversation in Italian. He didn't even know what LOL meant a couple of months ago. It certainly doesn't make any sense in Italian. To say "laugh out loud" in the Italian language you'd have to say "ridere a voce alta," which as an acronym would be RVA! I guess it's not as catchy as LOL.
Logically LOL must be a verb . . . to laugh out loud is what it's got to be, but like all truly useful words, it has taken on a life of its own. Besides saying LOL in funny moments, my son tells me I'm so "LOL-y" or "extremely LOL." 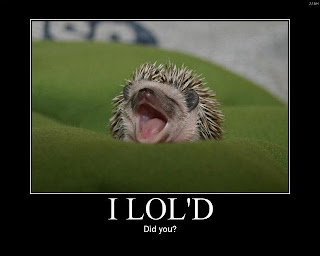 Friends around the world - do you say LOL?
Posted by Saretta at 4:55 PM

I used to use LOL a lot, but not in the laugh out loud context. In the old days, and I'm talking a decade ago, my friends and I used it to sign off as "love you lots." Not sure anymore how to use this one.....

Thanks for your support by the way....I'm still trying to work out the kinks on making bracelets. They sure are a lot harder to make...

p.s. I've got links everywhere on my blog that leads to my Etsy shop. Have a look! xoxo

I had the exact same conversation with my sister in law a while back, and it left me with the impression that it's an Italian thing to pronounce LOL as a word... because they don't actually know what it stands for. They just know it's appropriate for funny/happy moments.
See here:
http://haleyleder.blogspot.com/2010/12/lolling-around.html

I've never said LOL (as in loll) before, but I have said "laugh out loud." I usually only use the acronym online, (LOL!) ;-) Thanks for stopping by my blog!

Seems strange but what the heck! It must be pretty cool for him to be living in Italy! I'm assuming he was born in the USA.

How fun! Language absorbed and possessed!

The thought never crossed my mind to pronounce the acronyms as words.

Never noticed anyone else doing that either.

I will keep this in mind when I am around people and see if anyone does this.

No, I don't say it and I haven't heard anyone say it. What I really hate, though, is the use of punctuation marks to convey emotions. I always have to look them up!

My kids don't say LOL but they say other things which make me convinced I am getting older. The only up side is that as long as they are still at home, at least I am exposed to what the "cool kids" say!

My husband used to think LOL meant Lots of Love and was shocked to find out otherwise. It's a running joke around here.

Tara (The Picture Me Project) said...

Good grief. I definitely don't "LOL" to anyone. Though I'm scared that my future children will. All post-Facebook babies will probably sound like little robots...

Thank goodness our children are grown up, as I fear I would be driven mad by this sort of thing. Our youngest is 27 but I have noticed she uses LOL in text messages and such like. I had to ask what it meant the first time she used the term though which of course made her LOL even more!

I think Fa L'Americana has discovered the truth: it's an Italian pronunciation of the the acronym. No one else seems to say LOL like loll!

I dislike LOL so much. But then I want to say so much and Twitter is only giving you 140 characters. How come in this day and age we feel we must talk so much anyway?

Yes- my sons say it. Actually the younger one got it from his older brother.
Their friends say it too.
AND they even go so far as to "La-Mayo" (LMAO)

They find it amusing. Hmph.